Home Entertainment You may want a vaccine to go inside Boston eating places, leisure... 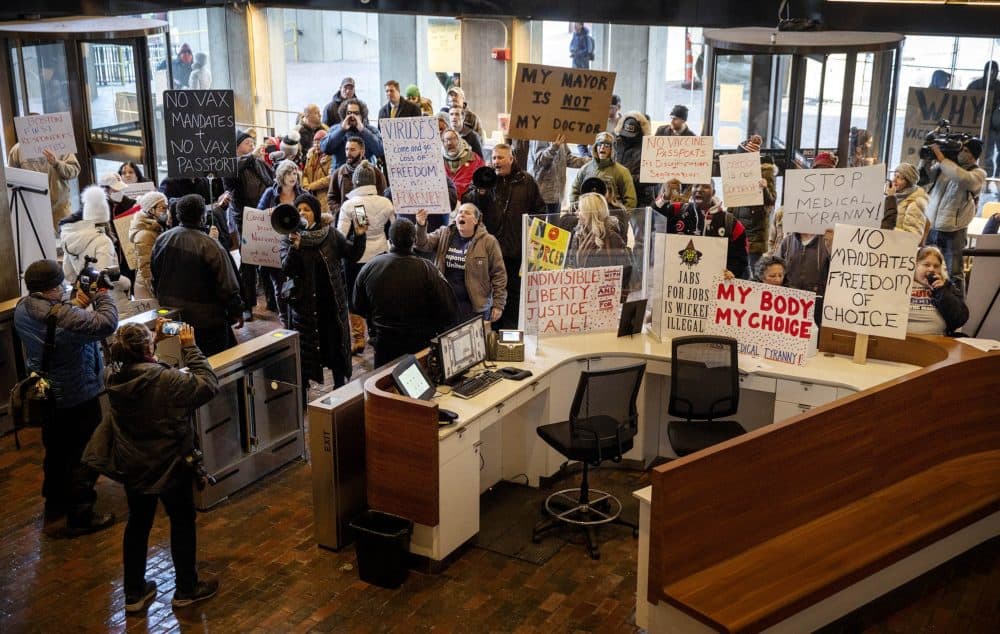 If you plan to visit places in Boston, such as a restaurant, gym, sports venue, or museum, you will soon be required to show proof of vaccination against COVID-19.

Boston Mayor Michelle Wu on Monday announced mandatory vaccination, dubbed the “B Together” initiative, as cases surge in Massachusetts and across the country.

It will be rolled out gradually starting January 15th. On this day, customers and employees 12 years and older must present a one-shot proof. From February 15, people will have to show evidence of two shots. Children under the age of 12 must present proof of vaccination from March. This plan does not currently include booster vaccinations.

“Today we face another winter surge with the Omicron variant, but there is a key difference between last winter and today,” Wu said Monday. “Vaccinations.”

“Vaccines are the most powerful tool we have to fight this pandemic.”

Two-thirds of those hospitalized with COVID-19 in Boston are unvaccinated, according to Bisola Ojikutu, executive director of the Boston Public Health Commission.

Wu said the city’s vaccination card initiative will help ease the strain on the healthcare system this winter as hospitals brace for a further surge in cases this holiday season.

The order applies to all employees, including part-time employees, interns or volunteers, at the venues. However, there are exceptions, including performing artists who are not “normally” employed by a venue, and professional athletes or sports teams entering an arena “as part of their regular employment for competitive purposes”. The order stipulates that these people must wear a face mask at all times.

According to the city, there are several ways to provide proof of vaccination:

Wu also announced that all city employees must be vaccinated on the same schedule: one dose by January 15, two doses by February 15. The mayor said there will no longer be a weekly testing alternative to vaccinations. Currently, she said, 90% of city employees are vaccinated.

“This is an answer that is rooted in science and public health,” she said. “We must take all available measures to protect our residents.”

During the press conference, demonstrators could be heard in City Hall. Wu once greeted her and greeted her in what she called “the house of the people.” At one point, the protesters sang the national anthem and shouted, “Shame on Wu.”

Protesters chant “Shame on Wu” during Mayor Wu’s announcement that vaccines would be required to enter many of Boston’s indoor venues. (Robin Lubbock/WBUR)

Wu noted that New York City instituted a vaccination pass program months ago and that some Boston businesses have required vaccination to enter the country.

“Many have taken it upon themselves to ask for proof of vaccination themselves,” she said. “It’s time to lighten that burden.”

The planned support for affected companies includes a series of webinars starting on Tuesday.

Wu says enforcement “on the street” will include penalties such as fines.

Wu said this is “a step in an aggressive approach” that the city will ramp up over the next few days. “We stand ready to take this step forward to keep our residents safe and stand ready to help our businesses as well.”

Journey numbers climb as Individuals hit the highway for vacation |...