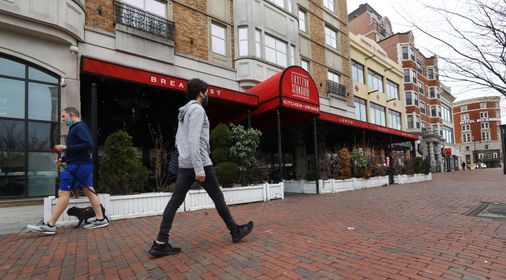 The announcement comes after a four-year battle between UrbanMeritage and restaurateur Garrett Harker and his business partners to renegotiate their lease, which should expire in 2022.

Harker had claimed that in the terms of his original lease with Boston University he paid $ 120 per square foot – well above the market price at the time – and included a “kicker” fee to buy the university out of its ownership stake Restaurant. According to Harker, the terms were that at the end of the lease he would be able to negotiate market rents. Negotiations were hampered by the pandemic, forcing UrbanMeritage to speed up the search for a new tenant.

Michael Jammen, Principal at UrbanMeritage, claims that in the 15 years since Harker opened Eastern Standard in Kenmore Square – which helped usher in the ripening of what was once a gritty neighborhood – the rent he has paid has been above market Rent today. The square is experiencing a rapid increase in development, as new buildings seem to appear on every corner.

“We said there is a new deal here and we believe it could save you $ 3 million over the next 10 years and we will give you considerable money to stay,” said Jammen. “And we went through this process for four years and got nowhere.”

Jammen said he started looking for new tenants in December 2019 and eventually called on local restaurant advisor Phil Colicchio of Cushman & Wakefield’s Specialty Food & Beverage Group to help advise on the project. A total of 18 groups submitted suggestions for the 18,000 square meter space that includes the Hawthorne’s two restaurants and lounge.

With the restaurant operators providing food and drink to the Commonwealth Hotel, Blue Ribbon quickly became a top competitor, Jammen said, as it operates in hotels across the country. “What we found comforting about Blue Ribbon was that they had previously entered new markets and were successful, and second, they have an incredible number of people who have been there from the start.”

Jammen said he had accepted suggestions from several local restaurant owners, including Harker and his team, but stressed that he wanted to find operators who would give a feel of a neighborhood restaurant, regardless of where they came from.

Jammen said after flying around the country to try several Blue Ribbon restaurants during the pandemic, he greeted the Bydgoszcz in Boston, where they explored Kenmore Square and met cook Barbara Lynch at her butcher’s restaurant in the South End . (Lynch and Harker were once business partners; Harker opened the Eastern Standard after an argument.)

“You got along with Barbara. She knew immediately about her reputation, ”said Jammen. “Everyone was very excited to be coming to Boston.”

“The entire focus and guiding principle of Blue Ribbon is to build lasting and lasting relationships and restaurants,” said Executive Chef Bruce Bromberg in a statement released by UrbanMeritage.

“When asked to put our hats in the ring to be part of such an iconic project, we never doubted that we would do just that. . . We couldn’t be more excited to bring our love of hospitality and cuisine to Kenmore Row. “

Lynch, a cook and owner of the Barbara Lynch collective, is not affiliated with the business but offered her support for Blue Ribbon in a statement released by UrbanMeritage:

“The Brombergs are great people, their Blue Ribbon restaurants are where chefs and industry insiders go out to eat and hang out. Personally, I’m thrilled that they are opening in the heart of Kenmore Square, offering a new dynamic destination for fabulous food, drink and character during the day and late into the night. “

Jammen said he expected the sushi restaurant to open in the former Hawthorne room this fall. The seafood restaurant opens in the Island Creek area in late winter or early spring and the brasserie opens soon after in the Eastern Standard area. He expects all three restaurants to be operational by the Red Sox opening day next year.

Integrating very similar concepts into the iconic restaurant areas is essentially “plug and play,” said Christopher Muller, who recently retired as a professor at Boston University’s School of Hospitality. Blue Ribbon’s brasserie menu is almost identical to Eastern Standard’s, he said, but whether the service matches the hospitality associated with Harker and his team that will be the question.

“It will be a simple adjustment for the customer base,” said Mueller, “aside from the loyalty someone might have had to Garrett and Harkertown themselves.”

Eating places wrestle to get again to full-staff

These Boston eating places are hibernating for the winter because of...

Joannie - April 12, 2021
0
During the coronavirus pandemic, restaurant owners have made the tough decision to either close their businesses or stay open, and hope they can get...
Go to mobile version