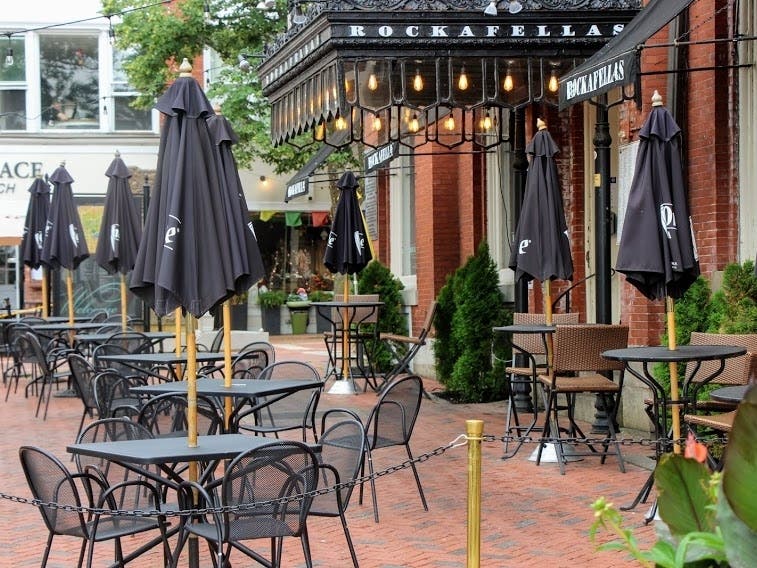 MASSACHUSETTS – Welcome to Food mass, weekly roundup of the patch of food and restaurant news in Massachusetts. Scroll down for more including:

Do you have a food news tip, question or suggestion? Send an email to dave.copeland@patch.com. Do you want to make sure you don’t miss the recap of each week? Sign up for our newsletter and get it delivered every weekend. It’s free!

How big is the local labor shortage for restaurants? So bad that Salem, with its tourism-based economy, is helping restaurants recruiting by adding the tab for gift cards for part-time restaurant workers.

As part of the program that the city supports with MassHire, the first 150 restaurant workers hired between June 1 and July 23 who enroll in the program will receive a $ 400 Visa Gift Card when they turn six Work 15 hours or more per week for weeks. Receive a second $ 400 gift card if they stay on the job until Halloween, the highlight of the Witch Town’s tourist calendar.

The cards are paid for with money that Salem received from the US Department of Housing and Urban Development under the Cares Act.

Do you like this article? Sign up for our newsletter and get it delivered every weekend. It’s free!

Eat with your eyes

MA-Koch makes Food Network debut: Local foodies may notice a familiar face as in the Tuesday night episode of “Chopped” The landing of Marble head‘s Alex Pineda is competing for a $ 50,000 chance in Alton Brown’s “Maniacal Baskets” contest. Pineda is slated to appear in the fourth and final episode of the competition’s preliminary round, in which show host Alton Brown requests social media posts in order to develop the “insane baskets” from which competitors must prepare their dishes. The winners from each of the four preliminary restaurants will advance to the finals for a chance to win $ 50,000.

Seasonal beer garden on the beach again: Dave Grishman thought he discovered some community building gold as an idea that hatched in the middle of the harsh winter of 2019 with two very successful ones Swampscott beer garden Events this summer in the fall. Almost two years later, he and the rest of those behind the craft beer, hard seltzer, food and music party at Fisherman’s Beach will finally get another chance to win gold along with some of Swampscott’s very missing neighbors beat.

Fast bites: Check out “An Eater’s Guide To Boston” compiled by Eater Boston … third-party delivery services like by Dash and Uber eats haven’t seen any expected decline in business, even as personal restaurant food is making a comeback … LGBT bars that survived the pandemic say business is almost back to normal … The Boston Globe is obsessed with Reddit’s obsession with an abandoned dunkin ‘cup at the Ashmont T station.

“There are thousands of operators in Massachusetts who dutifully filed for the Restaurant Revitalization Fund on the first day it opened. Without Congressional action to replenish the fund, restaurants across Massachusetts will face an uncertain future with more diners but less revenue as they struggle with rising food prices and the shortage of manpower and staffing problems to fully reopen. “

Dave Copeland is Patch’s regional editor for Massachusetts, New Hampshire, and Rhode Island and can be reached at dave.copeland@patch.com or by calling 617-433-7851. Follow him on Twitter (@CopeWrites) and Facebook (/ copewrites).

From eating places to salons, enterprise is coming again to life because the vaccinated enterprise out