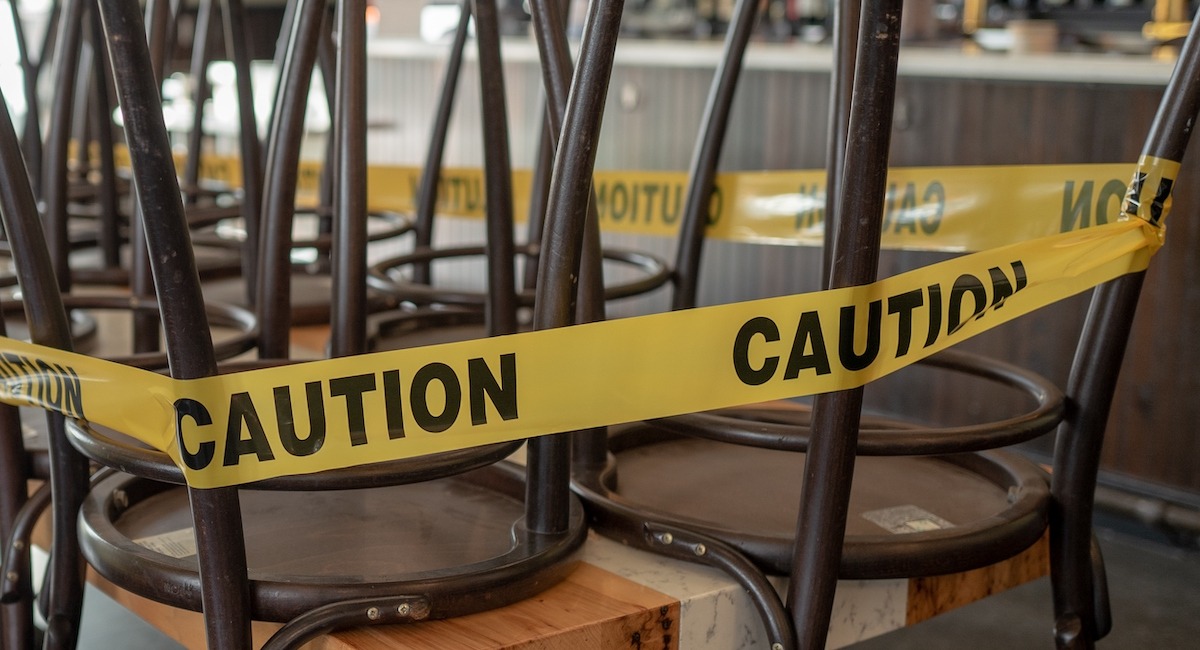 Even if Governor Charlie Baker eases restrictions, some chefs and operators would rather turn away business than bring guests into the house.

Before COVID-19 arrived, a number of people could be seen on the street most nights waiting to sip pasta in Yume Wo Katare, a cozy ramen spot in Cambridge. No more. The restaurant has not opened for indoor dining since Governor Charlie Baker lifted the ban in June and has no plans to do so anytime soon. After all, manager and chef Jake Vo is the type of person who disinfects his shoes at home: How would he reconcile his strict hygiene habits with the way he treats guests? Would he berate exposed customers for sitting down? “When you yell at someone or give someone a hard time eating, I think it’s one of the rudest things you can do to someone,” says Vo. “If I can’t invite people into my house, be a good host, and offer that hospitality, why should I?”

The prospect of turning away indoor dining customers seems insane right now, considering that 20 percent of Massachusetts restaurants were already closed during the pandemic. In fact, Governor Baker even eased restrictions on indoor dining this week. He cited low COVID-positive test rates, which enabled restaurants to increase the number of people per table and use bar seating for catering services. (Amid an uptrend in Boston, Mayor Marty Walsh is maintaining the current limit per table in Boston, although bar seating may resume.)

But some local restaurants are still uncomfortable opening their dining rooms. The health considerations are too many, say these chefs and operators, especially ahead of a predicted second surge in the virus. You feel compelled to choose between public safety and financial stability and this becomes even more difficult as the colder months pull in and force more indoor dining.

Still, the risks of indoor dining seem to be too great, says Tom Fosnot, who, along with his wife, Ruth-Anne Adams, is Real Head Chef in Lincoln. He points to a study published by the CDC in September that found: “Adults with confirmed COVID-19 (case patients) reported having dinner in a restaurant about twice as often as control subjects in the 14 days before their illness had eaten. Granted, the study isn’t perfect: it looked at only 314 adults who were tested in 10 states and didn’t differentiate between outdoor and indoor meals. However, the researchers summarize what we all already know: “Masks cannot be worn effectively while eating and drinking.” In other words, when virus-laden breath droplets swim in a restaurant, you are not shielded while you put fusilli in your mouth.

The couple just can’t bring themselves to bring guests into the house – at least not soon. Real is a cozy place where you once could chat to a table next to you about Scandinavian-inspired smørrebrød plates. Now the dining room is empty and the 20-person staff was released at the beginning of the quarantine. Real has focused on providing takeout orders as well as outdoor seating at socially distant tables and picnic blankets in the grass.

Coronavirus concerns have also led Yahya Noor to suspend seating at Tawakal Halal Café, the 600-square-foot Somali restaurant he runs with his mother and sister in Eastie. At the moment it’s takeout only, although guests can order inside and staff bring their food to a small outdoor park. “We just didn’t want to take any chances and open the doors,” says Noor. “We can make a few hundred dollars more, but what is it worth if we get sick, you know?”

He’s not the only one willing to miss out on a large part of the change. Check out Josh Lewin, culinary director and co-owner of Katrina Jazayeri at Bread & Salt Hospitality. Peregrine, the restaurant at the Whitney Hotel in Beacon Hill, currently only serves indoor dining for hotel guests, while sister spot Juliet in Somerville has a strict take-out and terrace menu. “We could achieve profitability more quickly by safely inviting everyone,” says Lewin. “But we are concerned that this has longer-term consequences for the public and for ourselves.”

You might think business owners like Lewin feel empowered making up their own mind about reopening their dining rooms – but you’d be wrong. It feels like a “pass-the-buck situation,” says Lewin. “We’re just trying to drive slowly. The [federal and state] Governments – with all of their research time, staff, and awareness of things we are not aware of – don’t seem to be making clear decisions. You leave these decisions to us. “Restaurant owners do not exactly have the resources to independently investigate the safety of indoor food. You have to rely on government-sponsored research. However, the problem, says Lewin, is a “lack of clarity or information to suggest that this is a good idea right now”.

Despite all of the frustration against the government, no one seems to blame places that choose to open their dining rooms. “Everyone has to find a different way,” says Adams. “There is currently no right answer for any restaurant.”

“I would relentlessly support anyone’s decision to do what they have to do with the best information they had,” adds Lewin. “I really believe that this failure to respond is at the level of government aid, rather than the level of an individual company.”

But here’s the million dollar question: will restaurants that currently forego indoor dining hold on to their guns in cool weather? On the one hand, Noor hopes to find enough space heaters to make Tawakal’s new parklet tasty in winter too. Vo, Yume Wo Qatar is unlikely to bring back permanent indoor dining until there is a vaccine, he says, though he’s considering starting an indoor lunch service that will be made available to individual guests in half-hour time slots. Vo would disinfect between the seats. Meanwhile, Lewin’s team at Bread & Salt plans to improve delivery and focus on their popular virtual dining experiences – especially during the holiday season. You certainly can’t rely on Christmas parties to get through the leaner months.

Like many of us, Adams and Fosnot miss the sense of community and normalcy that comes from gathering while eating at Real Restaurant. The thought of being at the center of an outbreak in their tightly knit city is a nightmare, they say, but they hope that soon they will again be able to open up their dining room and share the warmth of a familiar space with their community .

They’ll do that “when it feels right and it still doesn’t feel like it,” says Fosnot. “It feels like this is still a fire that is getting a little out of control. We don’t really want to put a table next to it. “

King: Eating places are again – however the place are the employees?

‘Everyone goes by means of the identical factor’: Eating places face reopening challenges

Joannie - July 1, 2022
0
While Boston certainly has a fresh face compared to places like Damascus, Athens or Xi'an, by US standards this centuries-old city is a true...
Go to mobile version