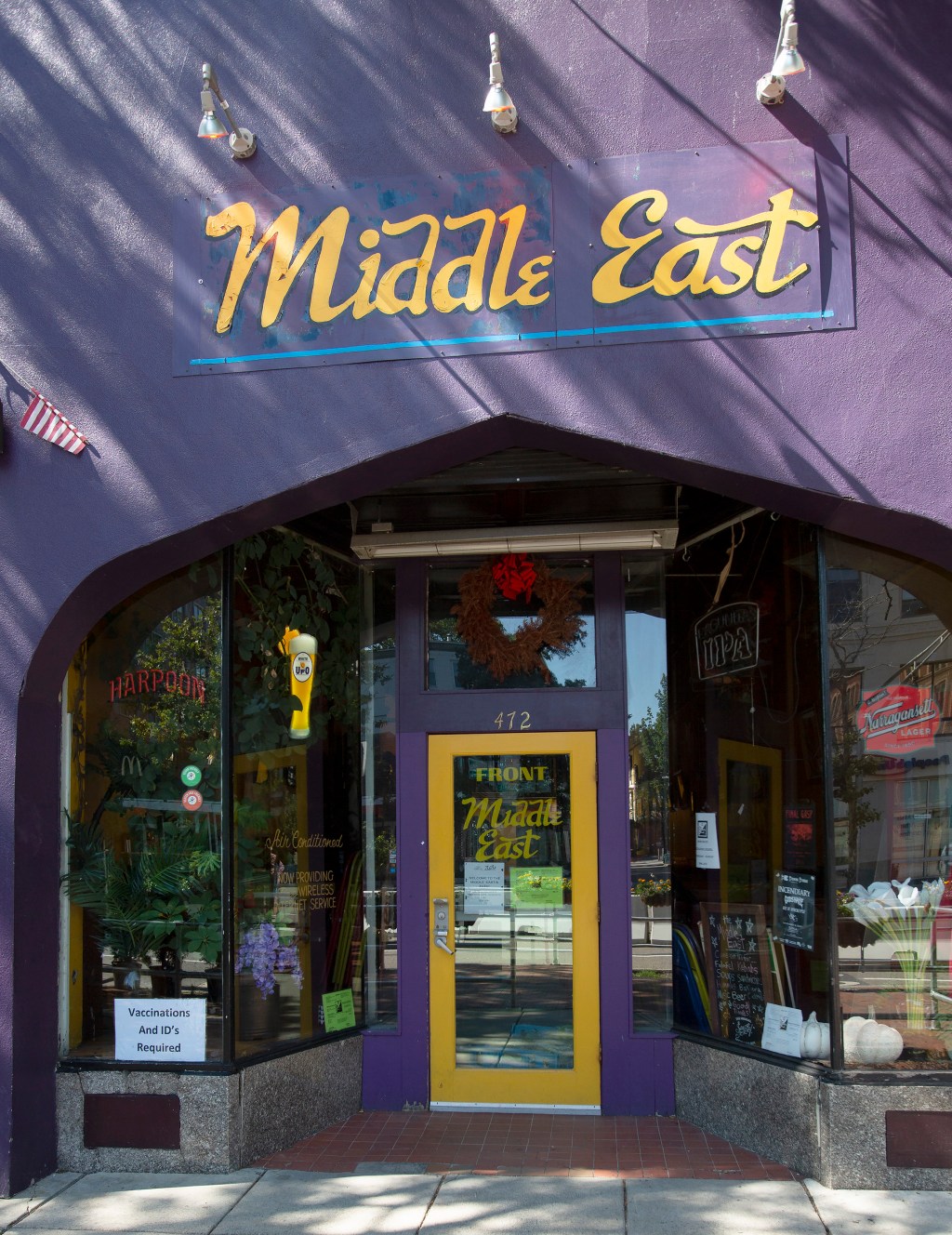 A small but growing number of restaurant and bar owners in Boston, Cambridge and Provincetown are asking diners to mask themselves or show proof of vaccination as the Delta variant rages across the state and cases increase.

“The safety and health of our music participants – and our Cambridge community as a whole – is an important concern,” Plow and Stars wrote on Facebook last Monday.

The Middle East followed suit the next day, writing, “We’re going to follow the numbers and information out there and hope this isn’t a long-term policy, but right now it feels like the right thing.”

It found that any unvaccinated person who bought tickets to a show can apply for a refund.

Bars and nightclubs are being forced to delve into the complexities of public health policy instead of nationwide mask requirements. But as companies struggle to stay open and the world learns to live with COVID-19, Bob Luz, president of the Massachusetts Restaurant Association, said it was the best way to go.

“Individual companies are free to decide on masking, vaccination certificates, etc. We don’t think there is a need to return to the state government mandating these things when nearly 75% of the population is vaccinated, ”Luz said.

On Friday, Governor Charlie Baker broke with updated guidelines from the Federal Center for Disease Control and Prevention that recommend people – including those who have been vaccinated – wear masks in “significant or high transmission” areas.

In Massachusetts, Counties Barnstable and Nantucket are currently considered “high” distribution areas, while Counties Bristol, Hampden, Plymouth, and Suffolk are considered “significant” areas according to the CDC.

Baker declined to issue another nationwide mask mandate, recommending instead that vaccinated people with comorbidities and their household members mask themselves in high-risk areas.

State Senator Julian Cyr, D-Truro, said he agreed with the governor’s approach. Cyr’s district has been buffeted by a coronavirus cluster in Provincetown that has resulted in nearly 1,000 cases but so far relatively few hospitalizations and zero deaths. About three-quarters of those infected were vaccinated, which Cyr says proved their effectiveness.

Cyr says the state should put in place a vaccination card program, however.

“These vaccination cards are so valuable and it makes a lot of sense to have a government program,” Cyr said, noting that vaccines could remain voluntary. “It is a tool that can make the lives of employees and companies, especially in the severely affected hotel industry, easier.”

At least four Provincetown facilities – The Art House, Governor Bradford, The Boatslip, The Crown, and Anchor – require some form of vaccine verification.