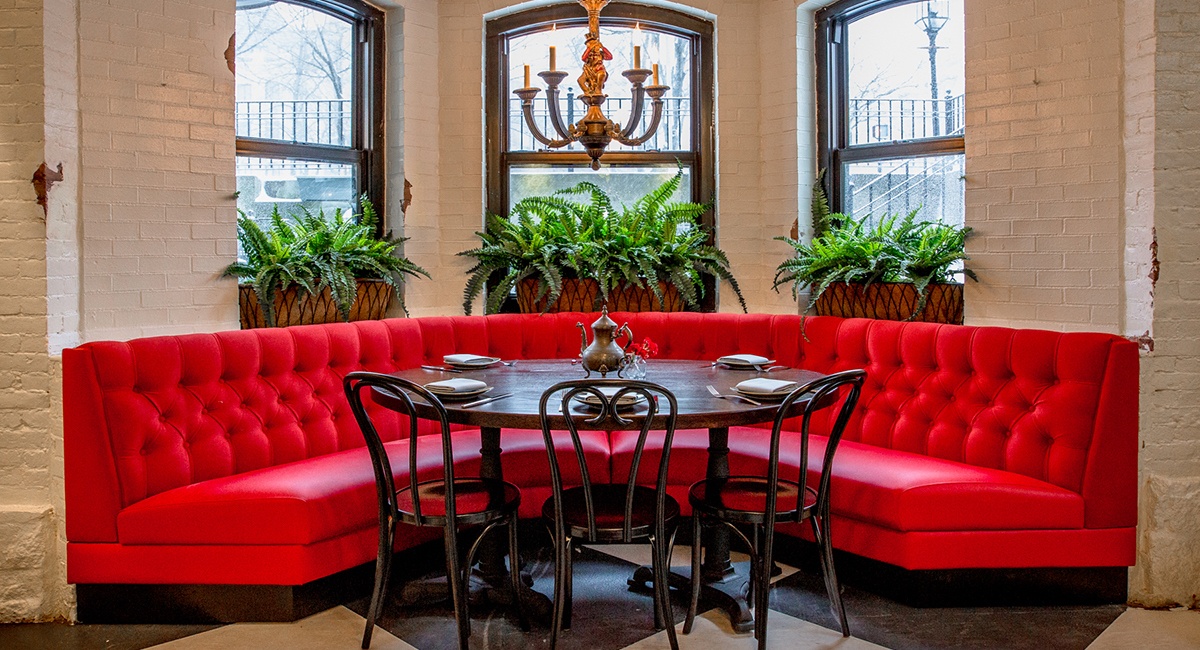 Many operators rarely return to the pre-COVID business – however, others choose to keep their doors closed.

The dining room at Buttermilk & Bourbon. / Photo by Mike Diskin

Attention, guests: your table is ready – inside.

Monday marked the first day that Massachusetts restaurants were allowed to open indoor dining rooms since March 17. It was then that Governor Charlie Baker’s on-site consumption ban came into effect in response to the COVID-19 pandemic. How quickly will things get back to normal? It depends who you ask. After three long months of waiting, some institutions immediately cover the socially distant tables – while others are still cautious and wait-and-see. They all agree on one thing: there is no way of knowing exactly what is coming next.

“We’re excited,” says Executive Chef Jason Santos, whose three Boston restaurants – Buttermilk & Bourbon, Citrus & Salt, and Abby Lane – reopened for indoor use on Monday. Santos had been waiting for this moment; He had trained his team on safety and was ready to get back into action as soon as possible. “We were prepared. We were hoping this would come and we had the plan and deck staff as soon as it became official. “

Governor Baker announced the end of the ban last Friday and outlined the second phase of the state’s Phase 2 reopening plan. Although many restaurants have adjusted to take-out and delivery services throughout the closure, this return of dining rooms comes just two weeks after facilities get approval to start field work on the terraces. Since then, most Boston chefs tell me, diners have turned up in large numbers, seemingly serene, and eager to take advantage of all the expanded outdoor options. Time will, of course, tell how quickly customers return to indoor dining rooms, where the potential for coronavirus transmission is greater than outdoors.

On the one hand, Santos is optimistic about the future. In fact, he’s even pushing a new Marblehead restaurant full steam ahead: a casual seafood spin-off called B&B Fish, set to open now on August 1st. While indoor dining is returning to his Boston facilities, he has put in place safety precautions like hand sanitizing stations and one-way menus. And of course, in its now reopened dining rooms, the tables are six feet apart depending on the requirement – something that reduces capacity to about 50 percent of what it was before the pandemic. He was anxious to get the asses back on the seats, even if it may be less.

Even so, Santos wants to make it clear that he is taking the situation seriously. “When it all started, I basically wore a protective suit to buy groceries,” says the chef, who also saw one of his Buttermilk & Bourbon employees go through a particularly precarious battle with COVID. After a thorough cleaning of the restaurant, this employee has already returned to work part-time – and Santos believes his portfolio of venues will take a bigger bounce too.

Not everyone is as optimistic about getting back to business as (semi) usual. The reintroduction of indoor dining “soon feels aggressive and irresponsible,” says Rachel Miller, owner of Lynn’s Nightshade Noodle Bar, one of the best new restaurants to open last year.

In fact, Miller is only now preparing to open an outdoor terrace with 20 seats, where guests can enjoy their plates after pickup or order cocktails in compostable cups from a newly installed take-away window. She even compares porta potties so diners don’t have to use the restaurant’s bathrooms.

But dine inside? Miller says she can’t imagine letting guests back into Nightshade’s 30-seat interior this summer. Your employees just don’t feel comfortable with the idea – and neither do they. “I don’t feel good about it. It doesn’t feel stable yet, ”says Miller. She doesn’t believe restaurants are consistently ready to stave off the lurking coronavirus transmission threat, and she’s “disappointed” with industry peers who they believe are riding what they believe to be a premature wave inside.

“I’m not ready to put myself or someone who works for me in the direct line of fire,” says Miller.

She’s not the only restaurant owner worried about reopening indoor dining rooms. Although positive tests for coronavirus in the Commonwealth are still declining, other restaurants in the area, from Cambridge’s Loyal Nine to Brooklines Stoked Wood Fired Pizza Co., have also announced on social media that they plan to keep their dining rooms closed for the foreseeable future. Massachusetts is the last New England state to reopen restaurant interiors. However, some operators fear that in some cases a further increase could occur.

Of course, restaurants may not have to make such difficult reopening decisions as the industry gains more state funding, says James Beard Award-winning chef Jody Adams. “Everyone is feeling the pressure to get the economy going,” said Adams, a senior executive at Massachusetts Restaurants United, an initiative made up of local food players that has been pushing for help throughout the pandemic. Last week the collective sent a letter to heads of state outlining several measures that could help keep hundreds of restaurants afloat – such as tax incentives for commercial landlords to give restaurants rent relief and suspension of wages and salaries Food tax for independent restaurants.

Until then, low-income restaurants will find themselves between a rock and a tough place. For his part, Adams is reopening dining rooms in their full-service Porto restaurant in Back Bay as well as in their fast-casual spots in Salonika. (Trade, her restaurant in the financial district, remains closed as the nearby office workers are not returning in significant numbers, she says.) Adams, 63, says so at her age – and with a husband who already has lung problems – she is Aware of the need to make conservative decisions about reopening. For this reason, her employees carried out daily temperature checks, among other things.

Adams adds that she would not invite guests into her dining rooms unless she felt she was “protected to the highest standards”. But she also admits that “everyone is concerned whether it is too early or not”.

“We don’t want people to forget that COVID is still there and give up their vigilance,” says Adams. “That is the common concern. And I think every restaurant has to make the best decision on what a reopening looks like. “

“Indoor dining is a big step,” agrees Executive Chef Brendan Pelley, who traded his highly regarded Boston restaurant work for Gibbet Hill Grill, a farm-to-fork steakhouse in the Groton suburb, last year. The restaurant is in a breezy, open pasture, so roadside takeout and al fresco dining on the massive porch – including a new pop-up called GBQ that serves up epic raised griddles – was relatively easy to accomplish. Things get a little more complicated in the restaurant, where arrows on the floor determine pedestrian traffic, among other things.

Ultimately, however, Pelley feels comfortable opening the Gibbet Hill Grill dining room on Wednesday. It helps that his wife, a nurse at a Boston hospital, was a “barometer” for measuring concerns. Still, he’s a bit surprised that the state’s plan wasn’t geographically staggered, allowing restaurants in rural areas to reopen first, followed by restaurants in densely populated urban centers.

“It feels like we could have done it in phases,” says Pelley.