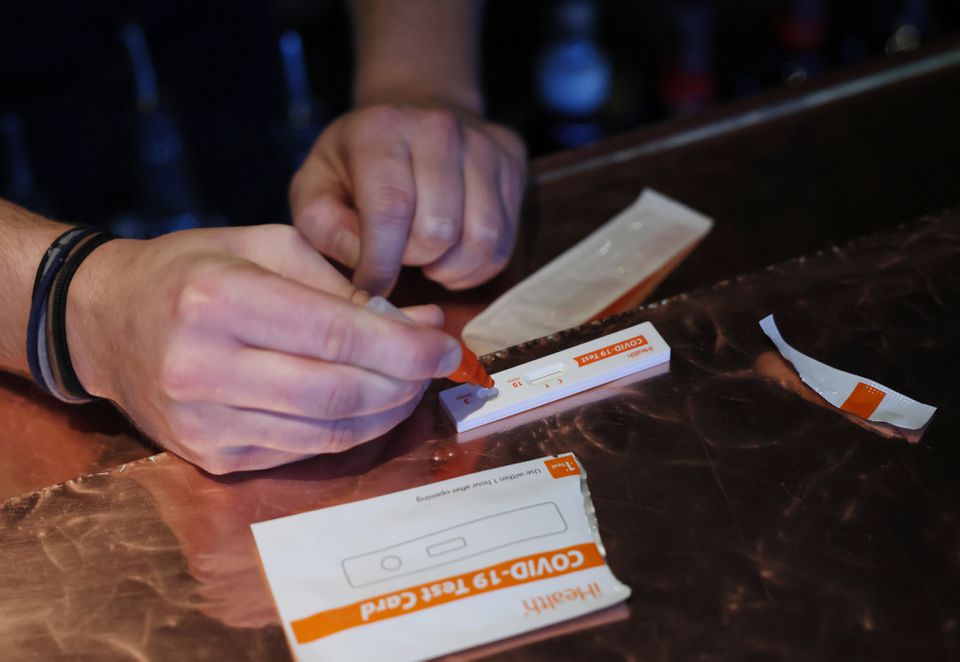 Within two days, both restaurants closed their doors to staff outcry. The employee, her manager and at least nine other employees have tested positive for COVID, according to estimates by several employees. Two complaints were lodged with the Occupational Safety and Health Authority.

The outbreak at Southie’s sister restaurants – described to the Globe by five employees there – is an example of how quickly Omicron can destroy a restaurant. Even in a place that appeared to be following Centers for Disease Control guidelines, a rapidly evolving outbreak forced hard decisions and left hard feelings in its wake. While every industry has grappled with the rise in the highly contagious variant, this has proven particularly challenging for restaurants, which are already grappling with acute labor shortages and nearly two years of stop-and-start reopenings that have forced many to do so have to close permanently.

The lack of clear state and federal guidelines has led to confusion and conflict over safety measures, particularly when an employee has tested positive. Figuring out how to stay afloat in another COVID winter is straining an industry long at breaking point.

Dozens of Boston restaurants closed preemptively or switched to takeout as cases began to rise in December. Others closed in response to positive cases among staff and were quarantined at the height of the holiday rush. Then there are examples like Karen Akunowicz’s two acclaimed locations in Southie that briefly stayed open only to watch the virus outpace containment efforts, leading to frustration, finger pointing and a spate of positive cases.

Many restaurants have struggled to adapt to Omicron. And their reactions varied.

When Will Gilson learned on December 22 that two employees with landmark cases had tested positive, he switched his four Cambridge restaurants – Puritan & Company, The Lexington, Geppetto and Café Beatrice – to takeout only by the turn of the year. Puritan Reopens Thursday; the others stay for take away.

At Brick & Mortar in Cambridge’s Central Square, proprietor Gary Strack began giving his eight staff quick tests in mid-December so they could wipe their noses before opening the cocktail bar, which is open Wednesday through Saturday. Sometimes, he said, that meant driving to New Hampshire or dropping $25 for a single test.

The only employee who has tested positive so far, said Strack, has had no contact with colleagues. But the restaurant still closed for a day so everyone could take a test, he said.

Of course, every closed day costs money. And the choices facing such establishments have only gotten worse, said Bob Luz, president of the Massachusetts Restaurant Association, pointing to waves of permanent closures and fading hopes for more federal aid. Staffing shortages, which were already severe before Omicron collapsed, have only made the situation worse.

“If three or four people call who have either been diagnosed with COVID or who are in close contact, it can shut down a restaurant,” he said. “Restaurants have to play it day-to-day, shift-to-shift in terms of what they can do right now.”

Most restaurants, Luz said, “keep working and playing it safe.”

To make matters worse, Irene Li, owner of Mei Mei Boston who has campaigned for workers, said restaurants have received little guidance — and less and less help — as the pandemic has progressed.

“Nobody tells us how to deal with this, and the support we had when the pandemic started is gone,” said Li, who has turned her own Fenway restaurant into a food delivery business. “For the most part, we only have bad options and that leads to bad decisions.”

For some employees at Fox & the Knife, a few key decisions changed everything.

On a typical evening, more than 100 guests can turn up, many drawn by Akunowicz’s buzzy social media and reputation as a James Beard Foundation Award winner attending Bravo’s “Top Chef.” The three-year-old restaurant was her first solo venture, and in November Akunowicz opened Bar Volpe on West Broadway.

The two spots sometimes share staff, though Akunowicz says it’s usually just a couple of managers. Nevertheless, the employees suspect that the cases are spreading like this.

The first case surfaced at Bar Volpe on Friday, December 17, when Akunowicz learned an employee had tested positive. She spent $6,250 to provide antigen tests — which are faster but less sensitive than PCR tests — for more than 40 Bar Volpe employees. Two tested positive and were sent home and Bar Volpe closed early that Saturday night.

However, Fox & the Knife remained open on Sunday. And according to one of the OSHA complaints, three employees who worked at Volpe came to Fox & the Knife.

Akunowicz said all three were asymptomatic and had tested negative on Saturday. But one complained this Sunday that he was unwell, according to the employee who first felt sick on Sunday and an OSHA complaint filed by another Fox & the Knife employee. He “was working the whole shift anyway,” she said.

On Monday, when the restaurant was closed as usual, a Fox & the Knife employee tested positive. On Tuesday, Akunowicz emailed staff about the case and suggested that exposed staff be given a PCR-COVID test before the restaurant reopens on Wednesday.

“They were still planning to open the next day,” Fox server Katherine Hopkinson said. “That was just bizarre.”

In a chain of increasingly concerned emails, some staff members responded that they were worried about their own health and whether they might embarrass diners who hadn’t yet been notified of cases at either restaurant. Another asked if there would also be rapid tests for Fox employees, which Akunowicz said wasn’t possible. 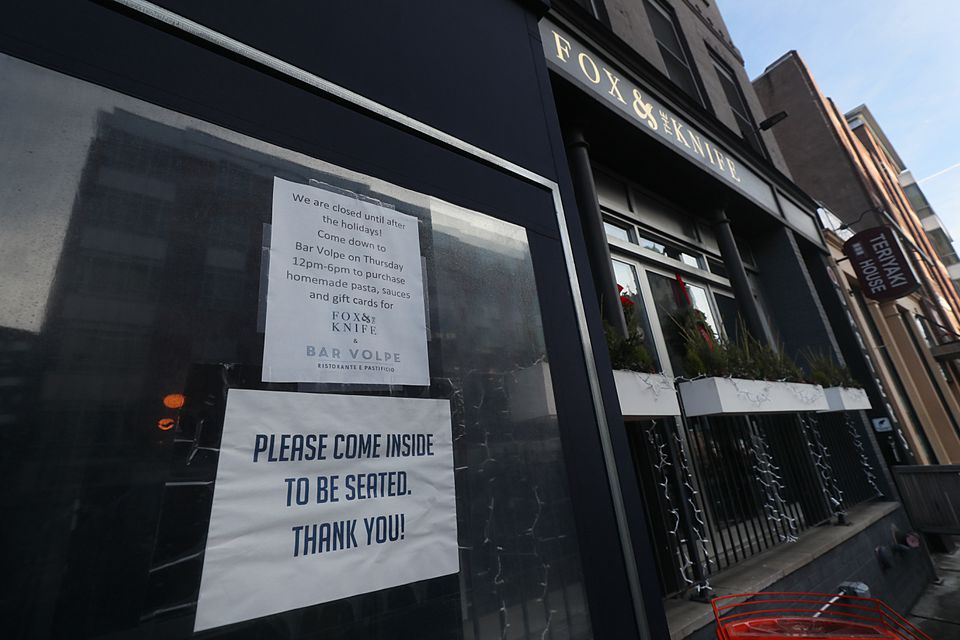 Fox & the Knife in South Boston is scheduled to reopen on Wednesday.Suzanne Kreiter/Globe Staff

Bartender Tyler Lymer, who was out for a few weeks with an injury, was more outspoken, according to emails verified by the Globe.

“No one feels comfortable at work, especially when they feel threatened, when the owner seems intent on making money at the expense of staff and guests,” Lymer wrote. “Chef, I ask you to do the right thing.”

Ultimately, Akunowicz decided to close both restaurants until December 28, posting brief announcements on Instagram. After more cases surfaced, this was extended to January 5.

Akunowicz said she has consistently tried to follow CDC guidelines, which advise fully vaccinated people to mask themselves after close contact and, if there are no symptoms, get a test “if possible.”

“For two years, we followed every change in the CDC guidelines,” she told the Globe. “For us, the well-being of our employees and our guests always comes first.”

Still, some employees decided they needed more. Last week, several Akunowicz sent a list of COVID measures they planned to implement at the restaurants, including ensuring sick workers can take advantage of the state’s paid sick leave program, getting rapid tests for employees before shifts, and a faster one Communicating about potential exposures.

And in the event of an exposure at Fox & the Knife or Bar Volpe, they added, both should close. The letter was unsigned, but was supported by at least 15 employees, according to the authors.

Akunowicz told the Globe last week they are working to ensure workers are paid despite the COVID closures. “We always welcome feedback from employees and look forward to discussing it internally with our team.”

When asked about the OSHA complaints, Akunowicz blamed a “disgruntled employee,” though she didn’t respond to follow-up questions seeking more details. OSHA confirmed through a spokesman that it received two complaints on December 23, but is awaiting a response from the restaurants late last week.

Bar Volpe reopened on December 30th. Fox & the Knife is scheduled to reopen on Wednesday.

Joannie - April 1, 2021
0
The coronavirus pandemic has brought the hospitality industry to its knees, especially for businesses around Boston’s Fenway Park. The Red Sox and their fans...
Go to mobile version