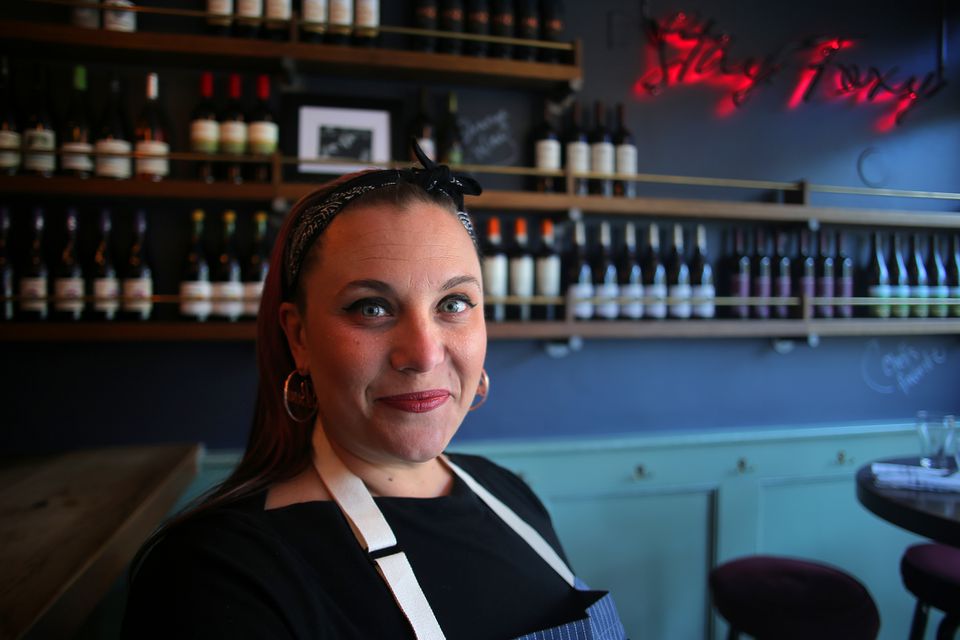 One of the liveliest new spots is Karen Akunowicz’s Bar Volpe, known as “Top Chef All Stars”. It is just a stone’s throw away from Fox & the Knife, the James Beard Award winner’s other South Boston restaurant. Both serve Italian fare; While the culinary heart of Fox & the Knife is in Modena in the north, the focus in Bar Volpe is on southern Italy. Come here to watch the pasta being made, then tuck into curlgiones, Sardinian pasta stuffed with potatoes, goat’s cheese and tomato sauce; spaghetti al limone with shrimp; ravioli with stuffed eggplant; and more. Of course, there’s more to life than pasta — like marinated mozzarella, roast chicken with black truffles and kale, wood-fired seafood dishes, Negronis galore, and a wine selection from Kristie Weiss (Nathalie). Be prepared for a wait: there was reportedly a line around the block to get inside on opening day.

One of the hottest new spots is Karen Akunowicz’s Bar Volpe.Lane Turner/Globe Staff

Japan is also in the culinary limelight. Menya Jiro, a Kagoshima-based ramen chain with outposts in Brooklyn, is based here. Noodle soups, including the jumbo Jiro Monster, are available in Harvard Square, with more locations planned for Dedham’s Seaport and Legacy Place. Downtown Hub Hall, which opened in September and features food from APIZZA by MIDA, Cusser’s, GreCo and Lily P’s Fried Chicken, has a new addition: Momosan Ramen from Iron Chef star and restaurateur Masaharu Morimoto. Along with half a dozen ramen variations, the menu features Peking duck with tortillas and sauces, tuna sashimi pizza, sushi, and all kinds of grilled and skewered things. Malden is home to the new Omori Izakaya & Sushi, an offshoot of Brookline’s Omori Izakaya. Come here for yakitori, donburi, a wide variety of sushi rolls and more. 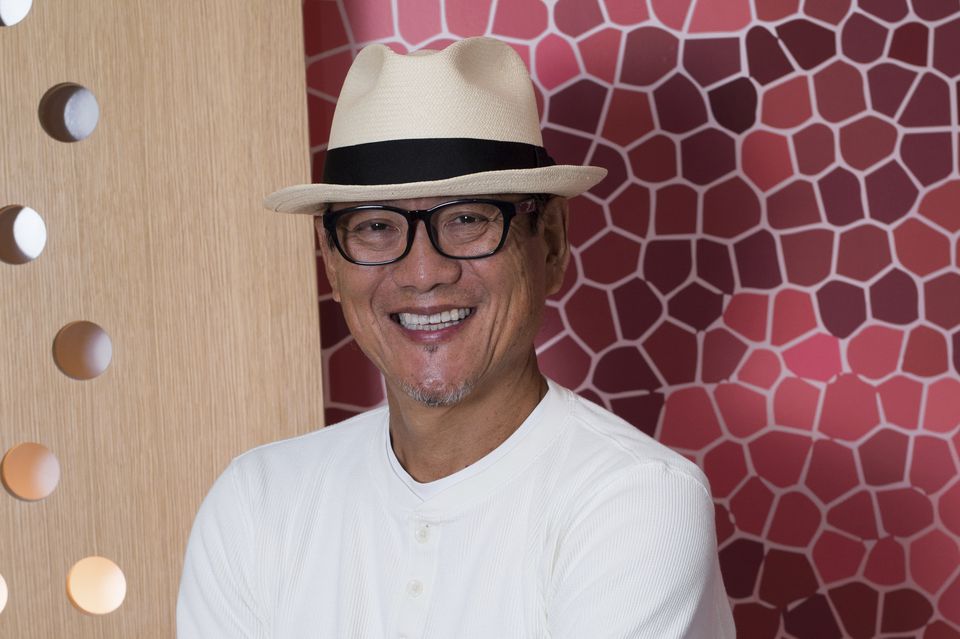 The one I’m most looking forward to is Judy’s Bay, a “New England izakaya” taking over management of the cozy space that has long been Bondir. It’s by Lukas Dow and Kim Vo, spouses and hosts of a series of Asian-inspired BBQ pop-ups that’s been running since 2018. Dow, who has worked at restaurants like Cafe Sushi, L’Espalier and Mei Mei, will take on cooking duties; He is also a hip hop artist and co-founder of the non-profit Cambridge Hip-Hop Collective. Vo, a career coach and negotiation consultant, oversees the business side. The menu features fresh seafood, Japanese-inspired dishes, and the drinks essential to the izakaya experience. The restaurant, which will open soon, is named after Dow’s grandmother, Judy. She and her husband Anthony ran the Wah May restaurant in Fairhaven for 30 years. 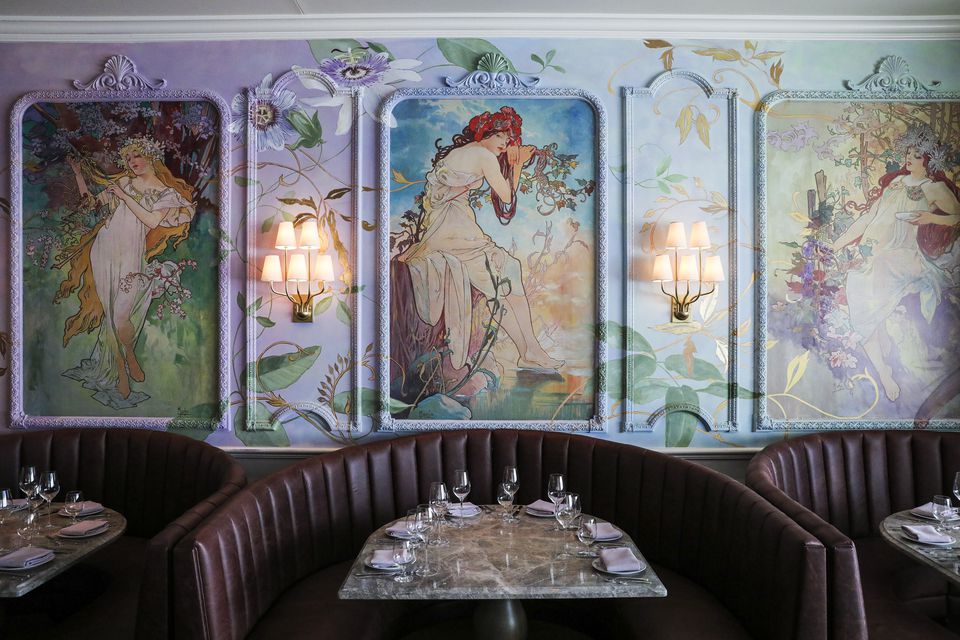 French fare gets a new seaport outpost with Coquette at the Omni Boston Hotel.Erin Clark/Globe Staff

French fare gets a new seaport outpost with Coquette at the Omni Boston Hotel. It comes from the people behind stylish places like Lolita, Mariel, Ruka and Yvonne’s. See and be seen as you sample fish towers, duck confit flatbread, Provençal spinach dumplings and beef cheeks, and sip martinis. When you’ve soaked up enough flirty French beach-holiday vibes, head to Back Bay for some city energy at Café Sauvage. The neighborhood bistro of wife-husband team Anais and Antoine Lambert showcases multicultural Paris with a menu that includes banh mi and injera crepes, as well as onion soup and steak fries. It’s open for breakfast, lunch, and brunch, as well as dinner. The pair have worked in places like Colette and Frenchie; Chef Kendall DaCosta was at Bastille Kitchen.

The plant-based food scene continues to grow. Mother and daughter Sahar Ahmed and Dina Fahim started Koshari Mama at farmers markets in Massachusetts and then operated as a pop-up at Bow Market. Now it’s a restaurant in Somerville that specializes in vegan Egyptian street food – specifically the eponymous dish koshari, a concoction of rice, lentils, pasta, chickpeas and fried onions. Order it mild, smutty, or in between with your choice of sauce. Eggplant rice bowls, mushroom shwarma, falafel and various dips are also on the menu. (Another Egyptian restaurant, Kushari & Grill, has also opened in Medford, with meat on the menu.) In Kendall Square, chef Mary Dumont (Cultivar, Harvest) opened PlantPub with partner Pat McAuley, who was behind plant-based beer hall Rewild in quincy PlantPub takes over Rewild’s baton and serves craft beer and plant-based pub fare. Think buffalo cauliflower, loaded nachos, burgers, pizza and soft serve. Another new draw for beer geeks: Castle Island Brewing Co. now has a taproom in South Boston serving all beer along with items from Bardo’s Bar Pizza (there are salads, sandwiches and wings in addition to bar pies at the South Shore Style). . In Hyde Park comes a taproom from Roundhead Brewing Co., the first Latino-owned brewery in Massachusetts. It was created by head brewer Luis Espinoza and Craig Panzer, who met through their children’s soccer league. Meanwhile, you can taste the wares at Aji Seco outdoor beer garden on November 12th and 19th. And for those who miss Bukowski’s in Inman Square, you can still sip beer and enjoy global street food at gastropub Drifter’s Tale, which has taken over the place. 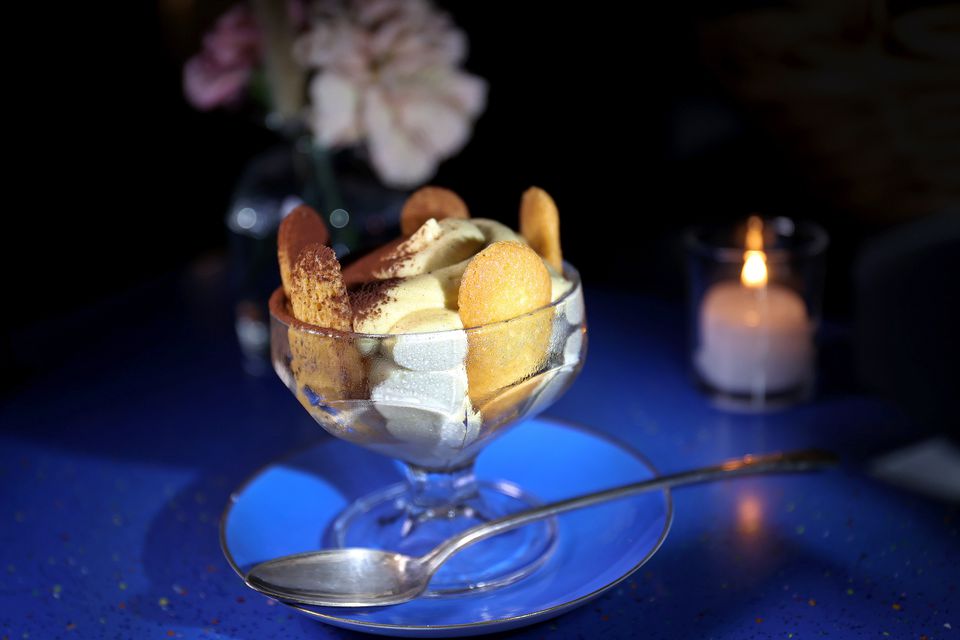 And now for dessert. At Revere, Beyrut Espresso serves Lebanese and other baked goods, coffee, and more. From the Kimchipapi Kitchen team, Pon de Joy has mochi donuts for you at Super 88 Market in Allston. And Zuzu’s Petals is a magical unicorn of joy: a mobile-free wine and dessert bar where you can snack on cheese boards and Sachertorte while toasting the missing gadgets. Housed in the former City Girl Cafe, it is owned by the owners of Somerville sweet shop Gâté comme des Filles and specialty shop Picnic & Pantry.

i see you there In the meantime, here are a few more places to look forward to: Comfort Kitchen, the Uphams Corner brick and mortar store currently in pop-up mode in Jamaica Plain; Dear Annie, I serve natural wine and sustainable food in Cambridge from the folks behind Field & Vine and Rebel Rebel; the Haven at the Brewery, a collaboration between Scottish tavern The Haven and former Bella Luna, in JP; Nash Bar in the Theater District, serving Nashville-inspired food and maybe a bit of line dancing in the former Abby Lane space; and Wusong Road, serving American-style Chinese food and tiki drinks at Les Sablons in Harvard Square by chef Jason Doo (Menton) and business partner Thomas Brush (Felipe’s Taqueria).

Fall Home Hunt: What to anticipate while you purchase an outdated home – Shopping for, Fall Home Hunt, Residence Enchancment