There’s a lot (cautiously) hopeful right now as vaccines become more readily available and many of us are back in town after months of being indoors. One thing that taught us this strange and uncertain time? You need to celebrate the little things yourself whenever you can – and these celebrations should definitely include food. With that in mind, here’s a five-course meal and restaurant news to celebrate, from the return of patio season to daring donut delicacies.

After months of eating the same homemade food, you might be looking for new favorite restaurants. Hen Chicken Rice opened without fanfare in Union Square in Somerville in October, but what guests should definitely celebrate is the spot’s laser focus on Khao Man Gai, a Thai variant of Hainanese Chicken Rice that is also used in Singapore, Malaysia and elsewhere in South East Asia. Here you can find traditional Thai cooked chicken on a bed of flavorful ginger rice, with other offerings like crispy chicken, calming daikon soup, and flavorful wings. All rice plates feature organic chicken served with a tangy house sauce, and you can sip Thai iced tea for dessert. And even sweeter: for every dish sold, the restaurant donates chicken rice to the Rachawadee Home for Persons with Disabilities in Thailand.

Chances are, now you can use some sweet treats. Lionheart Confections, based in the greater Boston area, a Kate Holowchik-operated pop-up for confectionery and baked goods, oozes with bold flavors. Holowchik mostly focuses on playful donuts with ever-changing flavors – think brownie batter, Boston cream, and funfetti cinnamon roll – with frequent, themed pop-ups at Somerville’s Bow Market and more. “I tend to get nostalgic and then try to improve on this idea,” says Holowchik of her taste inspirations, and no better example of this is the recent “after school special” donut: a vanilla brioche with brownie batter- Batter cream and a ton of host toppings like Ritz crackers, roasted marshmallow meringues, and banana and tahini caramel. She usually offers a hearty donut with every popup, with the most recent French onion dip donut and pizza pretzel offering (with mozzarella mousse, tomato and basil jam, pepperoni spices and parmesan chips) her mastery of the Demonstrate a salty-sweet combination. “I make a lot of jokes about how I make fancy food for fat kids,” she continues. “As much as people love good food and fancy things, at the end of the day most people would love a good snack.”

A selection of donuts from Lionheart Confections including a hearty pizza pretzel donut. (Propriety)

See the sandwiches from the Mikkusu pop-up in Cambridge served at the Blackfin Collective’s upcoming Cloud & Spirits restaurant as a taste of the cuisine to expect from Chef Katie Cheung when the Korean and New American inspired eatery opens . “We had talked about just opening Cloud & Spirits and just doing take away, but I didn’t want the first impression of my food to be take away,” says Cheung. “So we went for the sandwich pop-up, which is easy enough for me to do and also focus on the things I need to deal with when the restaurant opens.” The sandwich menu is but much more than just a placeholder. It’s a fully realized concept in itself. You’ll find pork katsu, wagyu beef, panko omelette sandwiches, and more on a light and pillow-like shokupan – a crustless Japanese milk bread made daily in the house – and accompanied by pickled vegetables and potato salad. Cheung’s favorite is Menchi Katsu Sando, which is a super hearty patty from Berkshire Heritage Pork with toasted garlic, shallots, cream, and breadcrumbs that is crispy fried and served with homemade toasted garlic mayo. It’s more than enough to keep you going until the planned opening of Cloud & Spirits in the third week of May. 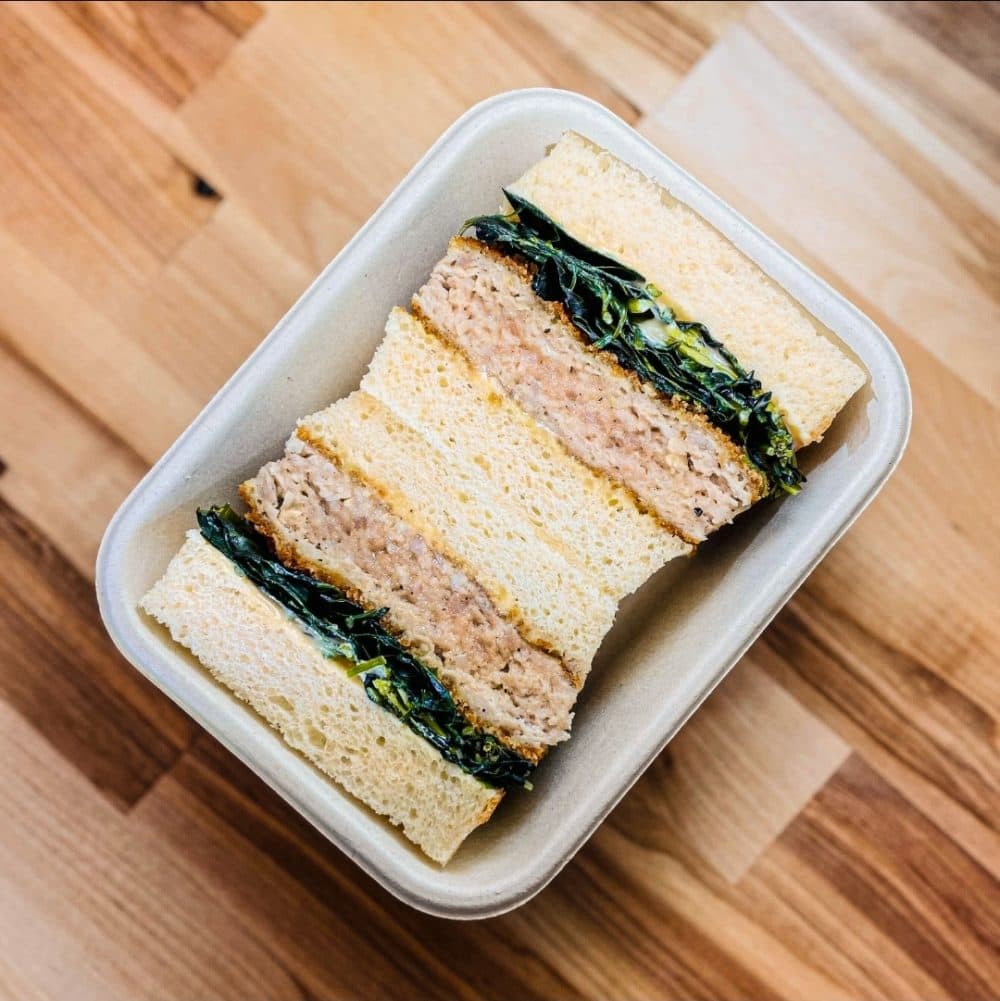 At a time when so many restaurants are closing, the fact that The Quiet Few was just celebrating its second birthday in East Boston is cause for celebration. In the early stages of the pandemic, owner Josh Weinstein was a supporter of the Cocktails for the Commonwealth bill, which allowed troubled establishments to sell take-away cocktails to save their businesses. His bar and restaurant have been closed since December 7th, except for a few pop-ups, and now he welcomes his passionate regulars with the newly opened terrace and a refreshed menu and drinks menu. “We’re bringing back some classics,” says Weinstein. “And what we’re really happy about is that we have three new burgers.” Among the new bites, you can try the Uncle Junior Burger when you’re hungry, with decadent fried mozzarella, pesto mayonnaise and bacon jam on a homemade “smash” patty – what Weinstein calls the ultra-juicy burgers marinated in a homemade mix of spices and whiskey. He added 150 offerings to the already great whiskey list, and new beverages include a house sangria blend known as “alligator wine” and a spin on a mai tai known as “4. Chamber “is designated. Reason enough to say cheers all spring and summer.

The return of food on the terrace

April 1st brought the return of al fresco dining to decks around Boston – and a sigh of relief from guests at the same time. For many of us who are not yet comfortable eating inside a restaurant but still want to support the industry (and have had enough of take-out at this point), the chance to dine outside at a table is literally a breath of fresh air. On this spring’s menu, consider a trip to the popular Caribbean spot Jamaica Mi Hungry in Allston, where you can enjoy jerk chicken, curry and vegetable stew and other delicacies on the terrace (there’s also a location in Jamaica Plain , but no terrace from there yet). New outdoor areas include Will Gilson’s newest Cambridge restaurant, The Lexington, which invites diners to immerse themselves in some wild mushroom cavatelli when the outdoor rooftop dining area opens on April 6th. 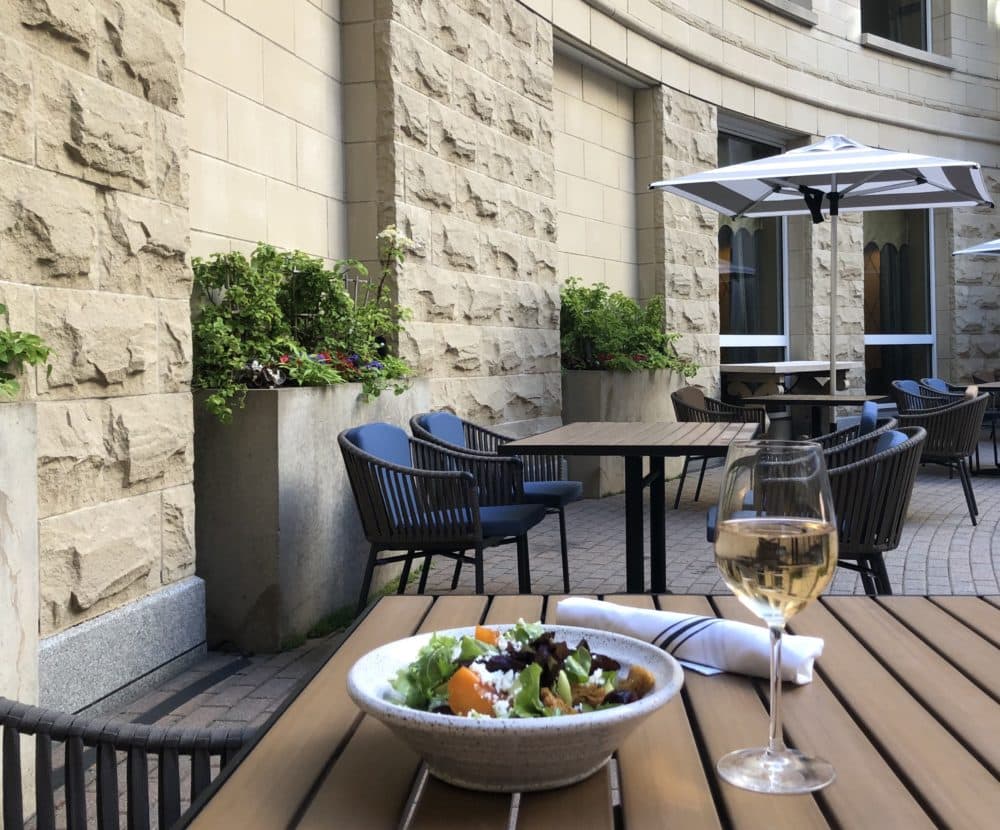 A view of a meal on Bambara’s terrace at the Kimpton Marlowe Hotel. (Propriety)

Eating outdoors too: From April 15, Bambara will take over the courtyard of the Kimpton Marlowe Hotel in Cambridge for a playful outdoor dining experience called “Bambara’s Backyard”, inspired by the warm-weather family gatherings we all miss so much. The spot is open for food and drink seven days a week, with a patio, outside bar, more private alcoves, and backyard games like bocce ball, and more. Also keep an eye out for the imminent return of Cize Air, the outdoor oasis in the popular Dorchester restaurant, Restaurante Cesaria, serving lavish Cape Verdean delicacies.

For some eating places, COVID ushered within the digital period

Joannie - July 2, 2022
0
According to the City of Boston, restaurant owners in Boston's North End must pay a fee of $7,500 to participate in this year's outdoor...
Go to mobile version